A Drug Dealer In Disguise or A Traveller In Hijab

At the border of Panama, the border police thought that I might have been a drug dealer in disguise and I had been questioned for two and a half hours.

I have been thinking calmly about the translated interview called “Travelling the World in a Hijab: What It’s Really Like”, published on Reçel, for the last few weeks. I couldn’t succeed in it. Because I can’t stay calm. Because even travelling the world with Google Maps, let alone travelling the world in reality, is a very exciting thing. In addition to this, travelling in a hijab is really legen-dary.

Of course, by their very nature, legends can’t get rid of the effects of tragedies, never-ending sufferings, sorrows, and the irritating chain of incidents. However, you may find yourself in the very heart of many beautiful cuddlesome incidents as well. I am sure that if we collect all the travel stories of women in hijab, the richness of their stories is five times more than what many other travel stories have. It is because we find ourselves in a situation where we have inevitably been driven to wake a resistance system and stereotypes up.

Despite of the 21st century’s new codes, I hereby want to think through together what travelling the world actually means by shoehorning my short story. I promise that I will stay calm this time. :)

I didn’t realize that I had set off on a journey with a one-way ticket when I first experienced travelling abroad around at the age of 17. It was a Comenius project that I participated in when I was in high school. Even though I don’t remember the details of the project now, I still remember that unforgettable feeling that I experienced during my first time travelling abroad. Beyond my little world, some other things were happening in some other utterly different lands! After my unassuming discovery, I was filled with passion to see other lives up close, and then I found myself travelling to some countries that I couldn’t ever imagine to set food in. I luckily left the marks of my size 40 footsteps behind in more than 40 countries from Japan to Chile, from Madagascar to Norway, from Cuba to Argentina, from Kenya to Jerusalem, from the Balkan countries to the Caribbean Islands, from the Atlantic Ocean to the Indian Ocean, in short, from here to there, from there to here.

But setting foot in a new country was actually the easier part. In addition to the burden of the local and national reactions that I usually gathered when I was in my home country, I was also carrying the burden of the interesting attitudes towards me that I experienced when I travelled abroad. But, of course, the taste of the storm of criticism made by the local and national side was unique.

Why would a woman travel alone? Weren’t there any tours that she could join? How about a place where some acquaintances live if she was so determined to be alone on the road? Let’s accept that a woman can travel alone, but then why was a religious woman away from her home? Where would she stay? With what food would she feed herself? For Allah’s sake, why would someone intentionally attempt against their own lives? Wasn’t there anyone in her life to protect and control her?

Well then, what was really happening after changing the continent? Would I be asked for a repay after these extravagant behaviours of mine? To sum up, Turkish + Muslim + woman + student = a huge question mark. There were so many cultural, traditional, and religious values that actually hasn’t got any kind of references in them to equality. In truth, some X persons weren’t able to understand this…

There were some who weren’t able to understand but still could comprehend the naive ideas behind my decisions and many of those were the ones whom I met abroad.

During my bus trip between Lima and Cusco, I was chatting with an Australian traveller. At the end of our conversation, they told me not to feel offended if they said that meeting someone in hijab on the bus was the last thing they had expected.

I was wearing my burkini while swimming on Tulum’s coasts in Mexico and the people of Yucatan were mad about this magical invention I was wearing. A crowd gathered around me asking me to sell it or make one for them too and also asked me “How is it a hijab and a bikini at the same time?”

My Chinese roommate at the hotel in Jerusalem saw me one morning praying and the next day I was so sure that it was going to be the best interrupted sleep ever when she woke me up from my sleep to pray.

While I was having a rest in Lima near the church, a man knelt down before me and he crossed himself. He must have thought that I was a nun because he prostrated himself before me. That’s why, I had to stop him. And then he asked me “How so? Are you a Muslim?”

In the streets of San Jose (Costa Rica), everyone went up to me and asked me to take a photo with their children. I was like a clown but it was nice anyway. :)

At the border of Panama, the border police thought that I might have been a drug dealer in disguise and I had been questioned for two and a half hours. I tried to tell them as much as I could tell by using my body language that I wasn’t in disguise but I wore a hijab because of my religious belief. :(

The hotel owner in Mombasa, Kenya told me that they were very happy to host a Muslim woman and ordered the employees in the kitchen not to cook pork during my stay.

The taxi driver in Mauritius wandered around until we found a halal restaurant and never accepted the money for this precious service.

I saw a stand where they made falafel in one of the islands of Panama. It was the last thing I could imagine that the seller might be a Jewish while running towards the store with a huge excitement. The seller who figured out that I was Muslim offered me a falafel sandwich. We both ate and talked about how hard travelling abroad was when you were always concerned about finding halal food. He reassured me that he could understand me better than anyone else as a Jewish and he insisted that I should have another take-away portion.

At the border of Uruguay, the border police caused some complications at the airport to prevent me from entering the country. The officer considered my passport invalid since my head, my ears etc. were covered in my passport photo. We couldn’t get the problem done because neither I knew Spanish nor they knew English. A citizen with a big heart who witnessed the situation helped us solve the problem. They explained that I wore hijab because of my religious belief and I was Muslim. After everything had been cleared up, the officer apologized to me a thousand times and told me with an astonishment “I can’t believe that I’m going to let a Muslim woman in for the first time in my life.” (Or at least, this is what I was told).

And there are so many more stories like these ones.

No matter what happens, I will go on collecting the astonishment of people who see an amateur traveller in hijab for the first time in their lives. At least as a messenger for myself. For Allah’s sake, we are members of a religion that teaches us to be in an expeditionary state of mind, there is no need to say more than that. Where else can you see a system with an itinerant soul like this? We do not need those expensive tours to travel the world and to be filled with amusement. Especially, nowadays the estimated time of arrival from Kartal to Sarıyer is the same with the one from here to Lisbon if you take a flight. The thing we are going to do now is to follow the airlines with affordable flights, to book accomodations after reading all the reviews, to be happy with the richness of a minimal life and to learn how to survive by only consuming a tuna fish sandwich, crackers, nuts. 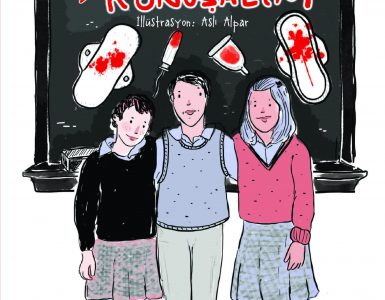 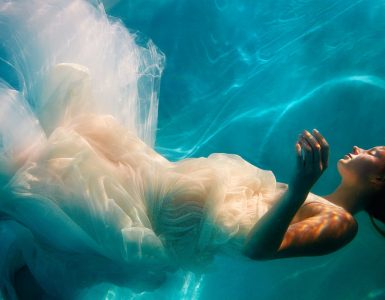 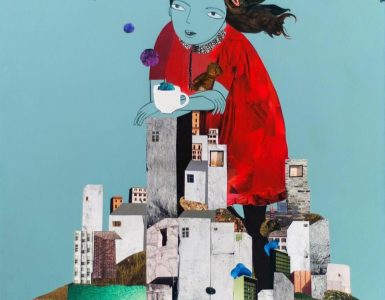